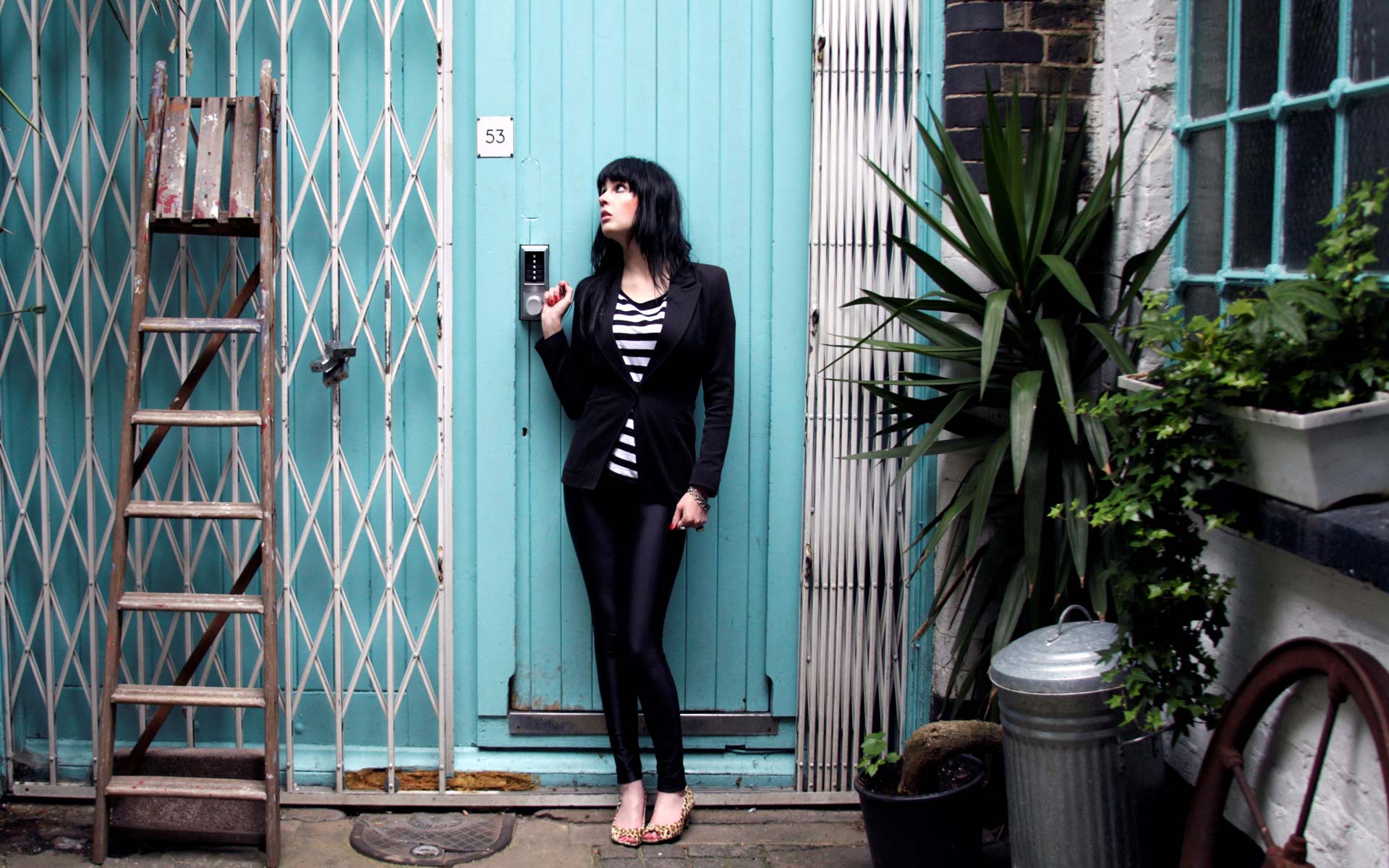 Ami Barwell has photographed a roll call of music legends from Ian Brown to Iggy Pop, but after 20 years on the back of a tour bus she reveals why she now wants to shift her focus.

I t’s Friday afternoon and as she relaxes into the weekend with a glass of cider Ami Barwell looks like  she could be in the line-up in one of the many bands she has photographed. It’s partly the leather jacket, the jet-black hair and the leopard print shoes, but despite the rock star looks the 39-year-old shudders at the idea of ever being in the spotlight.

“Even when friends take pictures on a night out I end up hiding behind something. I am a terrible subject,” she laughs. “I’ve always preferred being in the background looking on.”

It’s that quietly keen eye which has helped make Ami such a sought-after name in music photography and since selling her very first image of the Jimi Hendrix Experience’s Noel Redding almost 20 years ago, the singers she’s captured close-up read like a who’s who of rock royalty.

“I’ve seen a lot of things I probably shouldn’t have seen over the years and I have some backstage photographs that will absolutely never see the light of day,” says Ami diplomatically. “But I think that’s why I have built up the relationships I have.  It’s all about trust.

“The music business is not fakery as such, but it is an act.  An hour before a gig you’ll see a band back stage in their track suits. Then the lights go up and it’s an exaggerated version of themselves which walk on stage. When you see it happen, it’s pretty impressive.”

Ami is too polite to out the stars who have been the most difficult to photograph, preferring instead to talk about the industry good guys. Brown shot to the top of that particular list after a gig in Bridlington when he diverted the tour bus to drop her back at her mum’s house in Hedon on the outskirts of Hull.

The Stone Roses frontman has remained a friend ever since and Ami’s contacts book is bursting with numbers of rock’s great and good. However, after 20 years watching some of the biggest names in music from the sidelines, she is ready for a change.

“I know it sounds like a bit of a departure, but I really want to do a series of portraits of prisoners. In fact I want to photograph those who are on Death Row, but I’m going to start with prisons over here and work my way up.

“It’s something I’ve been fascinated with ever since I came across some early photographic portraits of inmates dating back to the 1900s. They were staring out holding their prison number and I just thought, ‘I want to go behind the gates and see who has ended up behind bars today’.”

Ami’s obsession is real enough. She took one of those images to a tattoo parlour and asked them to use the exact same font  to ink the year 1913 onto her right arm. It was the year both her maternal grandparents were born and she credits them with being her biggest supporters early in her career.

“They really encouraged me to pursue photography which wasn’t high up on the list of career options for a girl from Hull,” she says. “It was the late 1990s. My brother Luke was in a band, my dad had been a musician in his youth and while I had no desire to perform I knew quite early on that I wanted to work in that world.

“I started taking my camera to gigs and pretty quickly I discovered that people wanted to buy my photographs. I was working in a clothes shop at the time, but realised I could earn more from photographing one gig than I was getting in my pay packet each week.

“My real break was photographing Snow Patrol. We were both just starting out and after I’d done one gig they said, ‘Do you want to come on tour with us?’ The next thing I knew I was on a bus crammed with two bands, but with room only for one. It wasn’t glamorous, but it was a lot of fun. I was lucky, my timing was right.”

Serendipity undoubtedly played its part, but Ami’s success is not solely down to good fortune. Her distinctive black and white style effortlessly captures the spirit of rock and roll and having built a reputation for being easy to work with, word of mouth recommendations have proved key.

“We see the world in colour every day and because of that I’ve always thought that black and white is much more interesting,” adds Ami, who still has a trace of her Hull accent despite having settled in York via spells in London and New York. “If I had my way and budgets would allow I would still shoot everything on film. Sadly I do have to work in digital, but I don’t think it picks up the finer details like film does.

“It’s not as sharp and in many ways digital has killed the art of photography. Everyone now thinks they are a photographer, but taking a good portrait is more than just about pressing a button. It’s about telling a story. Look at one of those iconic pictures of Neil Young or a Johnny Cash and you can tell that you are looking at someone who has lived a life.”

Having witnessed the less glamorous side of music, from the dreary dressing rooms to the hours spent driving from one anonymous town to another, Ami is not often affected by famous faces. In fact only one person has ever left her awe-struck.

“I’d been on a tour bus for five days and then all of a sudden I was introduced to Lenny Kravitz,” she says. “I love Lenny Kravitz and I can confirm that he looks even more beautiful in real life than he does in any photograph. All I could think was, ‘My God, my hair desperately needs washing’. I was so mortified I ended up running away. Even now when I think of it I cringe’.”

While Ami has never had a wishlist of artists she wants to work with, her one regret is not photographing Prince.

“His was the first gig I ever went to. Me and a friend won tickets in a local radio competition and we were more excited by the fact 4 Non Blondes were playing support. Then we got there and saw Prince.

“He was incredible and I always thought that some day I would end up photographing him. When he played Leeds in 2014 I didn’t even approach his people. I wanted to watch the gig and when you are looking at it through a lens you are not really enjoying it.

“He was still relatively young and I just thought that there would be another opportunity, but as it turned out that was the last time he performed in the UK.”

While she is now looking to diversify, Ami has never just been solely a music photographer. Last year she posted an appeal online to see if any women who had undergone mastectomies would be willing to have their portraits taken.  The project was inspired by her mother, who was diagnosed with the disease for the second time in 2011. Inundated with replies, the starkly poignant images which were used by Stand Up For Cancer advertising campaign ended up in Vogue and Cosmopolitan and won plaudits from around the world.

“I wasn’t sure how they were going to be received and I was a little overwhelmed if I’m honest. It felt important.”

Ami now hopes these more personal projects will run alongside her music portraits and commissions from the likes of EA Games, Converse and Ben Sherman with whom she collaborated a few years ago on a series of T-shirts.

She might be taking a step back from music, but it seems Ami Barwell will always be a little rock n roll.