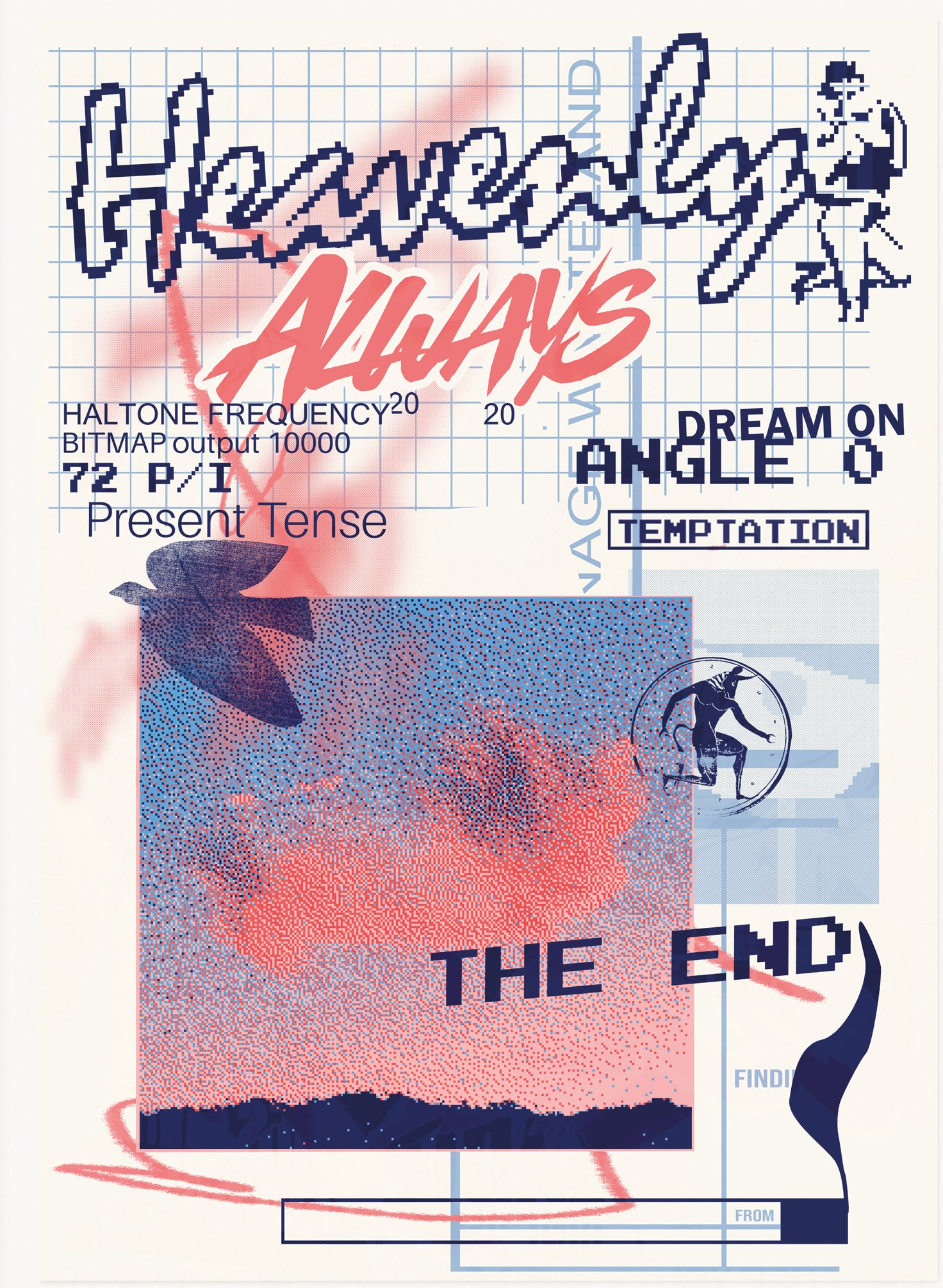 He’s the Scottish artist best known for his epic post-punk paintings but in an exclusive interview Charlie Anderson reveals how the pandemic inspired him to re-evaluate his work and explore a new style of painting.

He’s the Scottish artist best known for his epic post-punk paintings but in an exclusive interview Charlie Anderson reveals how the pandemic inspired him to re-evaluate his work and explore a new style of painting.

One of our greatest lockdown discoveries here at beyond was the bold, brash and brilliant work of artist Charlie Anderson. After over 10 years in the spotlight, we might have been a little late to the party, but it didn’t stop us embracing the unique and eye-catching style that has elevated the talented Mr Anderson to global fame. Known for his grand scale paintings composed of layered fragments from advertisements, postcards, posters, newspapers, street flyers and magazines, Anderson has travelled the globe exhibiting his work and collaborating with some of the biggest names from the world of music, sport and fashion. His provocative and engaging subjects inspire an exciting visual experience, inviting and implicating viewers into his playful and compelling commentary which he creates from random words and images taken from a variety of mediums. Anderson himself describes his work in five words: ‘documentary, pop, satire, postmodern, painting.’ It is a style inspired by cityscapes, music, kitsch, pop culture and the German artist Sigmar Polke, who was famous for re-contextualising familiar, often discarded images and words to give them a thought-provoking new meaning. Talking about his art he says: “It’s a technique that has been used for many years by artists and musicians – I don’t set out to create some hidden message in my work, it’s simply taking images, ideas and words and transforming them into a new and different visual context – it is then up to people how they interpret them. With such a frenzied style to his art,it is hard to imagine what is going on in the head of Charlie Anderson as he paints. “It’s an overload of ideas bursting to get out,” he explains. “I generally work quite frenetically when I start a project because I want to quickly get all these thoughts and ideas out and the paintings then evolve from there.” Born in New Zealand, Charlie grew up around the world before his family moved to Scotland – the place he now calls home and where he studied at Edinburgh College of Art. But it was a path he admits he very nearly missed after his college tutor told him he would never make it onto the second year of his art course let alone make a living out of it. After persuading the college to find him a place, Charlie flourished and was soon silencing those who doubted him. Following his graduation in 2009, he spent the next 10 years travelling the world exhibiting his epic paintings and catching the eye of a global audience while winning numerous awards along the way. After a stint in London, he returned to Glasgow, where he now lives and Charlie admits it was the pandemic that finally gave him the chance to take a step back from the glare of publicity that had dominated his life for the past decade, and explore some new ideas. He said: “ After so many years travelling the world, exhibiting and collaborating with different people and brands it was quite refreshing to be able to just pause and focus on the things that really make me happy which is making art for the love of it.” His lockdown work – a series of paintings which explore the solitude and silence of the lockdown – is far removed from the brash and bold work he is more famous for, yet is hugely relevant to the time we were all living through. It was something he found great solace in exploring and he said: “Looking back it was a time of huge contemplation for everybody and it certainly made me realise I needed to take a step back and look at things differently, both in work and life and I wanted to recreate the quietness and solitude that we all experienced through this new work. “I realise I am incredibly lucky to be able to make a living out of something I love doing and I think the pandemic gave me the opportunity to discover a different style I might not otherwise have discovered.” For a man who was once told he’d never make it, we should all be grateful that Charlie Anderson brushed off those words to become such an iconic artist of the modern time.