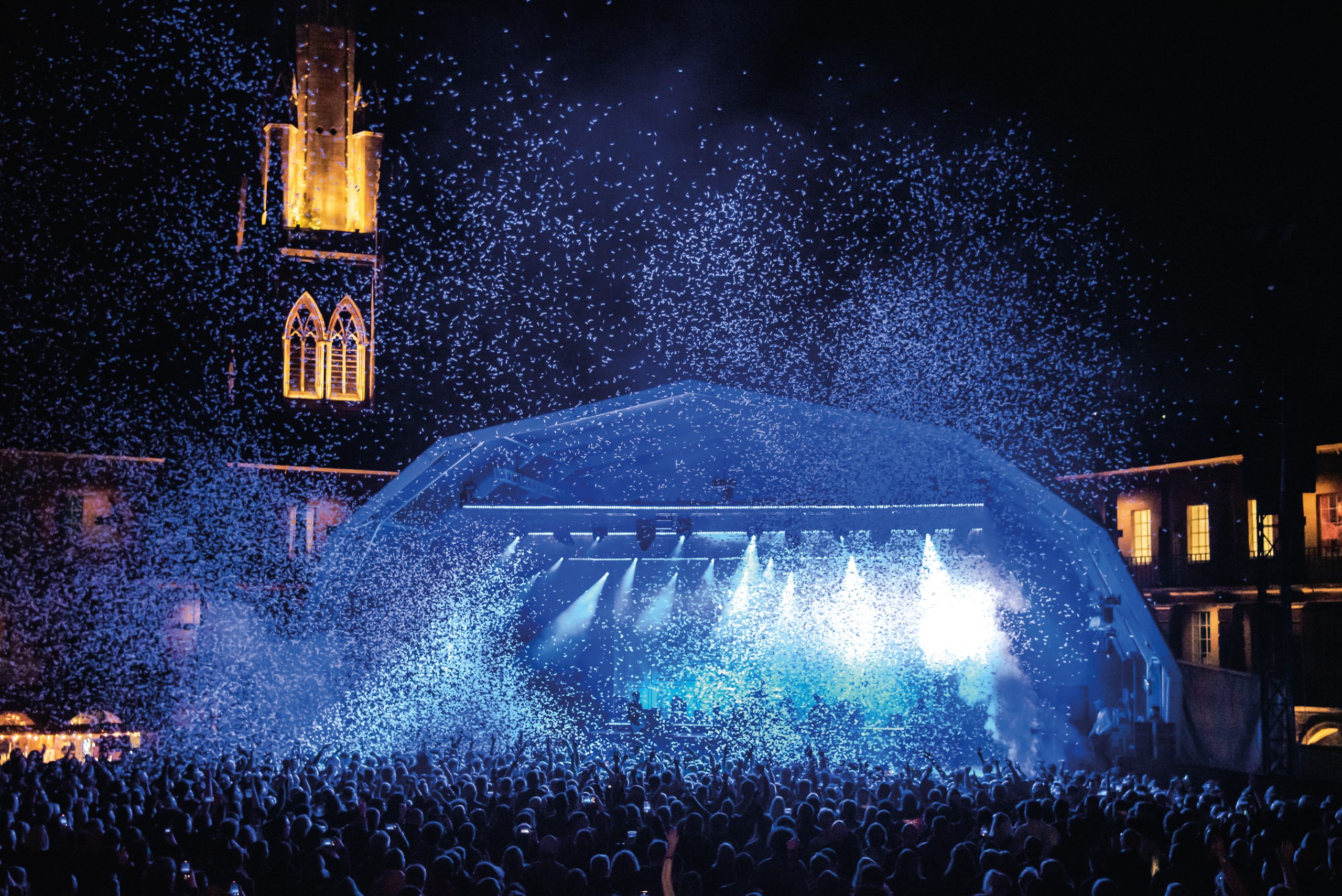 Grab a piece of the action

By Mark BownessMarch 8, 2022No Comments

Grab a piece of the action

The Piece Hall in Halifax is a cultural and architectural phenomenon in the heart of Yorkshire and since its multi-million pound makeover it has become one of the region’s most popular outdoor concert venues. We look at some of the live acts who will be lighting up Halifax this summer.

I t once rocked to the sound of the cotton mills but nearly 250 years since it first arrived on the scene, The Piece Hall is now rocking to a different beat.
After its £19 million renovation and re-opening in 2018, the only remaining Georgian cloth hall in the world has become home to a wealth of retail outlets, workshops, exhibitions and markets.
But with its unique atmosphere and natural amphitheatre it has also become the perfect venue for live music.
In recent years it has put on an array of show-stopping acts and this year things are only going to get better for music fans with a star-studded programme lined-up.
Kicking off the season with a bang will be Noel Gallagher’s High Flying Birds, who will be taking over the hall’s magnificent open-air courtyard on 21st June while five days later Pete Tong & The Heritage Orchestra will be serving up their Ibiza Classics.
Other Piece Hall musical highlights this year include British legends Primal Scream, whimsical Paloma Faith, Nile Rodgers & CHIC and the powerhouse that is Tom Jones.
As well as musical performances, the Piece Hall will also be hosting seasonal food and drink fairs, outdoor film screenings and much more to enjoy after a couple of sombre years in the wilderness.