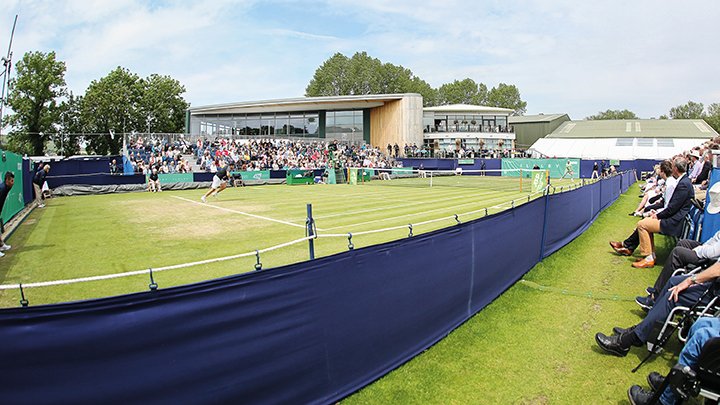 Serving up a treat

Serving up a treat

After an absence of two years, world class tennis is back in town again with the return of the Ilkley Trophy tournament.

Ilkley is set to become the number one tennis destination this month with the return of their prestigious tournament to the famous old club.

The pre-Wimbledon event which will see men competing in a $125,000 ATP Challenger event and the women in a $100,000 World Tour event makes its long-awaited comeback following the pandemic and fans are in for a great week of tennis action.

With the chance for players to win a Wimbledon wild card, the tournament which first began in 2015 has gone on to produce a string of big names including Bianca Andreescu who won the US Open in 2019 and Magdalena Rybarikova who got through to the Wimbledon semi-final after winning Ilkley in 2017.

Tickets for the men’s and women’s tournament are already selling fast as locals and tennis fans flock to the first live tennis event held in Yorkshire since 2019.

Alongside the action on court, ticket holders will also be able to enjoy a week long feast of gastronomic delights with award-winning local luxury caterers Shoot the Bull, serving up a whole host of street food delicacies.

Alongside the extensive food village there will also be a Champagne and Pimms bar plus an enticing line up of local beers and gins to wash down the strawberries and cream.

Alongside general admission there is also a limited number of luxury hospitality packages still available which offers groups of up to 10 people the chance to enjoy a fine dining menu as well as the best Centre Court seats in the house.

ILTSC Chairman Rik Smith said: “We are thrilled to be returning to action after such a long wait and it promises to be a week to remember.

“A day at the tennis in Ilkley is such a special experience and we’re looking forward to giving the players and fans a lovely Yorkshire welcome, some world-class tennis plus a line-up of fantastic food and drink to suit every taste.”

The Ilkley Trophy runs 12th – 19th June and tickets can be purchased at tickets.lta.org.uk.