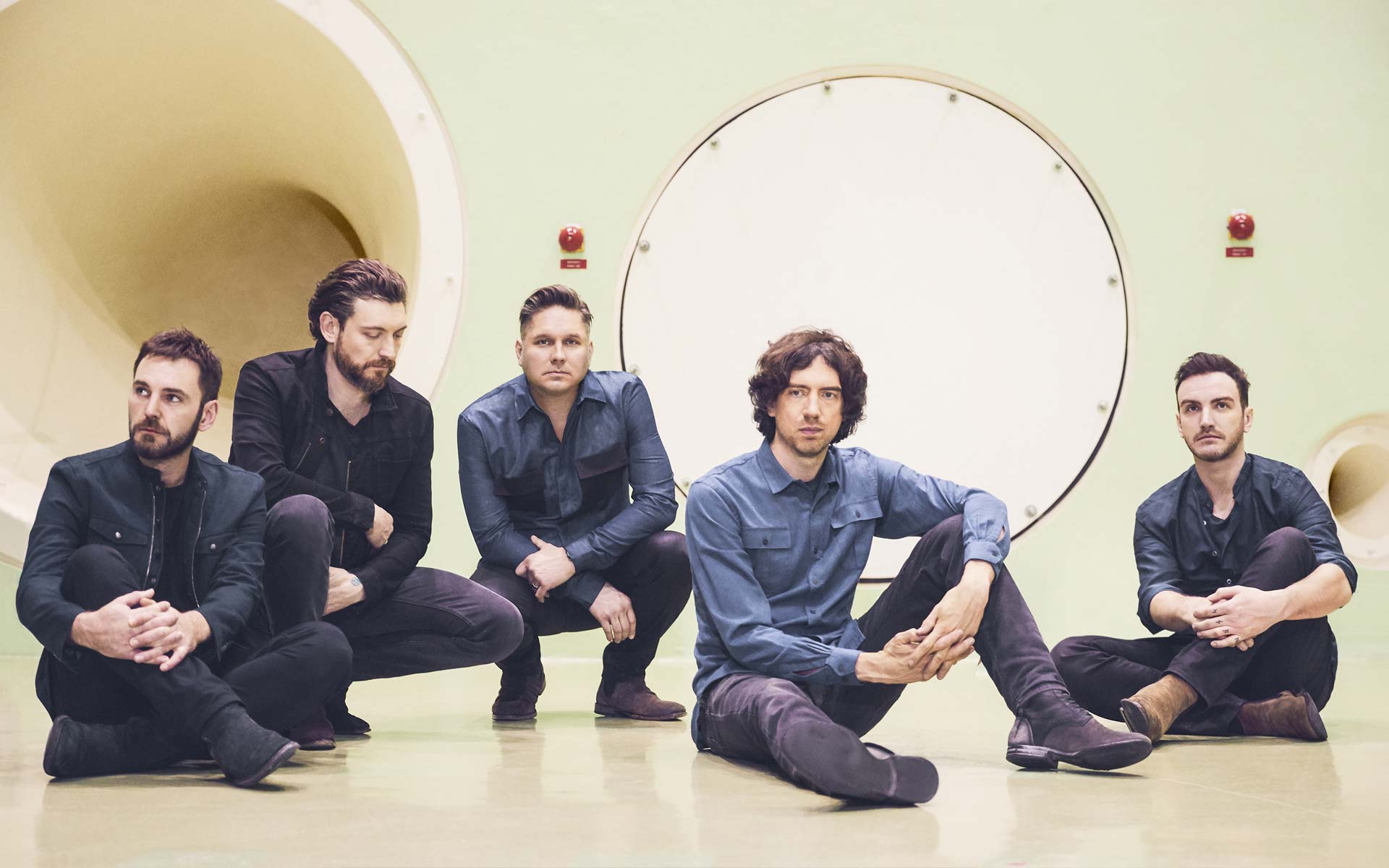 They were the band behind the anthems Run and Chasing Cars and then they disappeared. Now back with a new album Sarah Freeman finds out what happened to Snow Patrol’s lost years.

I t was two days before Christmas in 2012 when Snow Patrol walked off stage at Belfast’s Waterfront Hall. As usual the encore had finished with Run and Chasing Cars, but that night back in the dressing room things felt a little different.

It was the end of the band’s Fallen Empires tour, and while the drink flowed as much as it always had, having played more than 100 gigs in 11 months the name had never felt more apt. Snow Patrol were tired, front man Gary Lightbody was particularly frayed at the edges, and as the five-piece hugged, said their goodbyes and headed home to see their families they all knew that this was going to be more than just a festive break.

In fact it would take six years for the bruising of constant touring to heal and as Snow Patrol arrive back blinking into the sunlight with Wildness, their first new studio album since 2010, drummer Jonny Quinn admits it’s been a little disorientating.

“It has been way too long a gap. The world has changed, music has changed. I mean who had heard of Spotify back then? It’s like we walked off stage six years ago and have now woken up in a totally alien place.”

It’s true. In 2012, Ed Sheeran and Florence and the Machine were Snow Patrol’s support, the Spice Girls had just reformed and in those heady pre-Brexit days we were still bathing in Team GB Olympic glory.

For the Scottish/Northern Irish rockers life, superficially at least, also appeared good. The office walls of their management were adorned with five platinum-selling albums and tickets for many of the gigs final tour had sold within minutes. But frontman, Gary Lightbody, tight in the grips of those twin demons, alcohol and depression, was struggling.

“We all knew and it was hard to watch. Together we came to the decision we needed time away from the band and the pressures it brings. Gary has always written songs which are about something, which have meaning and for a while there he felt that there was just nothing in his life worth writing about.

“He has been very open about the depression he suffered and creatively it took its toll. When you have been as prolific a songwriter as Gary has, at some point the well is going to dry up. I think we all thought let’s go away for a year, maybe two and he’ll be back, we’ll be back.

“Being a musician in a band is not a bad way to earn a living, but we toured pretty much non-stop for 15 years and that’s hard. I’d just had a baby and when we were talking about having a break I was definitely up for it. I wanted Thor to know who his daddy was.”

I didn’t think it would take as long as it did, but for a while the tap just stopped and none of us wanted to go back on stage with a greatest hits package.”

Freed from the demands of being Snow Patrol, Lightbody headed to LA where he wrote songs for a couple of movies and collaborated with Sheeran, Taylor Swift, and perhaps most unlikely of all One Direction. Quinn didn’t move so far from his own front door, and instead concentrated on the music publishing company he had set up with Lightbody and Snow Patrol guitarist Nathan Connolly.

“I knew I needed some structure. Once you are cut loose from something which has been so all-consuming it as scary as it is liberating. I set up Polar Patrol Publishing with Nathan and Gary and from the day we put the band on hold, I started turning up to the office every day.

“It did feel different, strange even, but it was good. It gave me a focus and a reason to get out of bed otherwise I could have easily ended up in the pub every day.”

The work – signing and developing new artists – kept him busy, but there was always the drum kit in the corner to remind him that he was a musician at heart.

“Every so often we would all meet up in the studio, but it just never felt right and we would come out at the end of a session all of us feeling frustrated. I know there were times when I wondered whether it would ever happen.”

There was a lot to live up to. While Snow Patrols’ initial two albums had been critical hits, commercial success was hard won. After years of sleeping on fan’s floors after gigs to save cash and playing to half empty rooms, the release of Final Straw in 2003 which spawned the single Run and the equally anthemic Chasing Cars on 2005’s Eyes Open changed everything.

“It took us a long time to get a break and there were more than a few times when I thought, I’ve had enough, says Jonny, who grew up in Bangor. “I’d taken a gap year to be in the band and so plan b had always been to go back to university. We’d had so many false starts that when Final Straw became a hit no one was more surprised than me.

“It was shocking and brilliant. I remember playing the Other Stage at Glastonbury and someone saying every band who’d had that slot had gone on to make it big. There was Oasis, there was Blur and there was Pulp and at the time I remember thinking, ‘We will be the ones to break that rule’.”

Quinn’s natural pessimism was short lived. Snow Patrol has since racked up 15 million albums sales and in an industry where digital is now king, an impressive one billion global track streams. The release of Wildness should add a few more to the tally. Redemptive and hopeful, it’s in part inspired by Lightbody’s own recovery – he’s been sober for two years – and his father’s diagnosis with dementia.

“When it started again though it was with absolute full force. At the end of the recording sessions we probably had enough material for three albums.

“Some albums are like pulling teething. This wasn’t. In fact it was probably the most relaxed we had ever been. Because it had been so long, the expectation had subsided and we decided to take ourselves off to a really tiny studio and see what happened.

“In the past I’ve had a huge kit, with 20 snare drums that I would change for every song. This time I had one snare and a couple of symbols. Musically it was back to basics and I think it sounds so much the better for that.”

Heal Me and What If This Is All The Love You Ever Get which have an emotional rawness seem certain to become Snow Patrol classics and the early reaction to the new work suggests their fans are just glad to see them back.

“I’m 46 now and I think we all wondered whether maybe we had left it too long. But then we did a couple of promo gigs in New York and LA and when we walked back on stage there was a proper cheer. I mean it was just like the old days. Since we stopped performing I’ve not stopped going to gigs, but every time I can’t help feeling I’m going through the wrong door. I’ve missed those back entrances. It feels good to be back.”