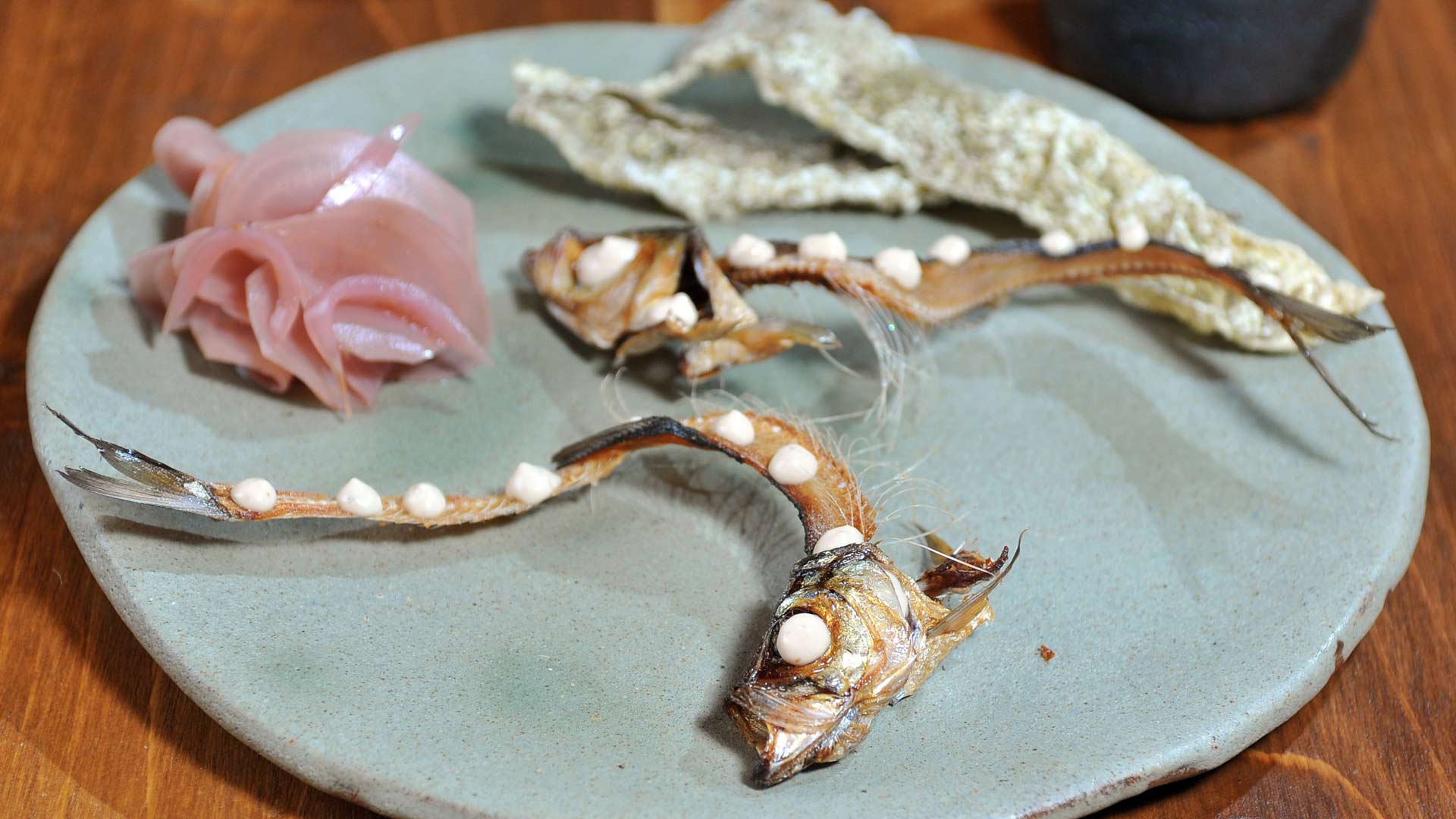 Just weeks after it opened The Moorcock Inn was being talked of as Yorkshire’s next Michelin star restaurant. Sarah Freeman went to find out the secret of its success?

S hortly after 7pm, every Wednesday to Saturday, regardless of the weather, a lone figure can generally be spotted on the moors above Sowerby Bridge. His name is Alisdair Brooke- Taylor. Sometimes he’s looking for bilberries. Other days it’s the crop of wild raspberries which brings him onto the hills and on the way back he usually grabs a handful of birch sap to make West Yorkshire’s answer to maple syrup.

Brooke-Taylor is the new head chef and owner of the Moorcock Inn and along with partner Aimee Turford, the couple, who previously worked at Belgium’s renowned In Der Wulf restaurant, are masterminding a bit of a foodie revolution within the four walls of this otherwise unremarkable stone-built pub.

“It was by accident we ended up here,” admits the 32 year old, who was born in Sheffield, but moved to Australia before he could acquire an accent. “We knew we wanted somewhere that was rural and that had land and originally we were focused on the south of England. When one place fell through we decided to widen our search and that brought us to Yorkshire and this moor and this valley.”

Their first viewing was on a particularly grim day last autumn, but behind the gathering storm clouds and the biting wind they both immediately saw the place’s potential and signed the lease soon after.

Since then the Moorcock Inn, which despite its remote location is just a half hour’s drive from Leeds, has been given a lick of paint, but it’s outside where the real magic has happened. For a start there is a kiln where amateur potter Brooke-Taylor has rustled up a 500-piece crockery set, the foundations of a brand new charcuterie have gone in and an acre-plot of land is gradually being transformed into a kitchen garden. The piece de resistance though is the industrial sized charcoal grill which has been installed next to the car park.

It’s where the bulk of the cooking takes place and where Brooke- Taylor transforms pig trotters, rare breed Hebridean sheep, threeweek aged mackerel and fried herring bones into the kind of dishes most restaurant critics would sell their grandma for.

“Where we worked in Belgium they cooked over wood and made their own charcoal. Because of the smoke and the dry heat, it’s a really different taste and texture. I knew I wanted to continue cooking that way and fortunately a friend of ours who set up the Burnt Ends restaurant in Singapore had some old equipment he didn’t need. Until a few months ago that grill was lying in a field in Sussex, but now it’s at the heart of what we do.”

It all sounds lovely and rustic, but given they opened just as the Beast from the East was biting, it’s not a restaurant model for the faint of heart.

“It was interesting,” says Turford. “The marquee we had to shield us from the worst of the elements blew away and it was a bit of a baptism of fire for our other chef. He’s from Australia too and he’d never seen snow before.”

While the relentless blizzards saw much of Yorkshire grind to a halt, as word of the Moorcock Inn spread it didn’t deter the diners, including Jay Rayner. His recent review for the Observer was almost evangelical, describing the pub as the most self-assured and self-possessed, poised and absurdly wistful opening in years.”

“Alisdair has read that review 10 times now and he still doesn’t believe it,” says Turford, who is momentarily using the restaurant as a makeshift office and is surrounded by piles of paperwork. “The day it appeared the phone didn’t stop ringing. It wasn’t meant to happen like that. The first year of any restaurant is supposed to be just about surviving.”

With 28 covers in the restaurant and half a dozen or so tables in the bar, the Moorcock offers a small plates menu, which runs the gamut from Scotch eggs to homemade crumpets, and a £35 set menu. Each changes daily and Brooke-Taylor refuses to have a signature dish. As soon as the fried herring bones, which looked liked something from the Jurassic age but tasted fabulous, proved a hit they disappeared from the menu. At the Moorcock the only thing guaranteed is how the meat is cooked and their use of rare breeds.

“There’s a couple down the road who have been here four times now and they have only ever had one dish twice and that was by request,” says Brooke-Taylor. “We are totally guided by what our suppliers can give us. We’ve got a good relationship with Gam Farm in Skipton and Crowkeld Farm at Kildiwck, both of which specialise in rare breeds. We knew the produce would be good up here, but it has surpassed our expectations.”

He might not have been here long, but Brooke-Taylor is already being widely tipped as Yorkshire’s next Michelin star chef, although it’s not an accolade he’s entirely sure he wants.

“It would be a nice pat on the back, but that’s all it would be,” he says. “The upside is that every restaurant with a star is full, all the time, but there are downsides. Overnight the place becomes a destination restaurant. Our aim was always to be part of a community, that’s why we don’t take bookings in the bar. A Michelin star can seem like a lovely thing to have, but there’s part of me which would like this place to stay just as it is.”

word on the streat