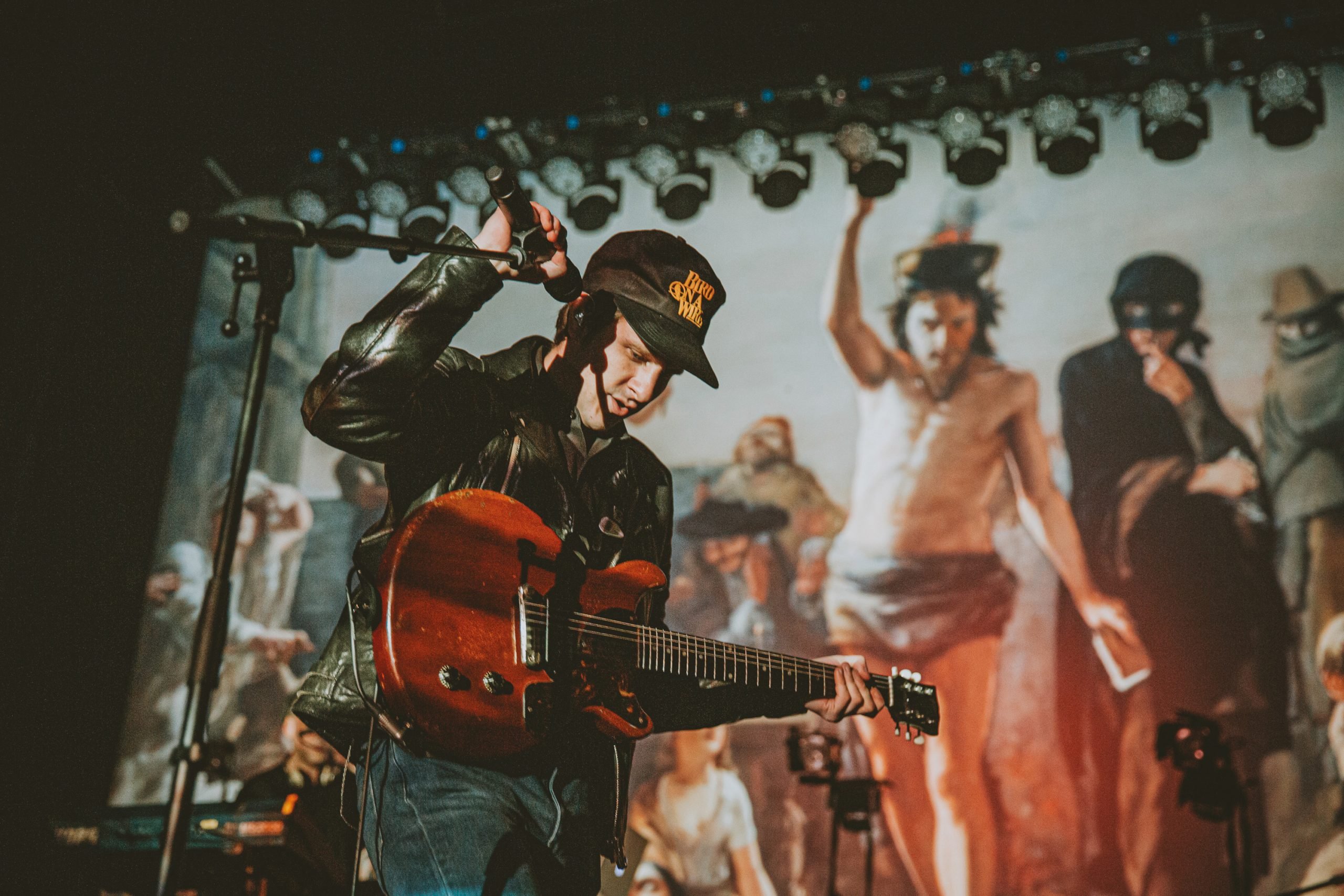 Ahead of his UK tour and on the back of his new chart topping album, The Theory of Whatever, beyond catches Jamie T live for an intimate acoustic gig in Leeds.

ifteen years ago singer-songwriter Jamie Treays – AKA Jamie T – released his debut album, Panic Prevention. Armed with a guitar, a pulsating sense of social anxiety and a shouty vocal Jamie T anointed himself as the chip-shop troubadour of the mid-00s combining the punk-inflected guitars of the Libertines and the UK hip-hop influences of the Streets. It was a successful combination: Treays earned a Mercury prize nomination in 2007 and his following record, 2009’s Kings & Queens, reached No 2 in the UK.

Two more albums Carry on the Grudge and Trick followed in 2014 and 2016 and then the world of Jamie T suddenly went quiet.

Fast forward six years and Treays is back with his fifth album, The Theory of Whatever, which wasted little time going straight to the top of the charts and giving the 36-year-old south Londoner his first number one.

It’s a milestone you’d guess he’s as indifferent to as he is about most accolades that come his way, but one he couldn’t resist acknowledging as he swaggered on to stage in his own inimitable style during a recent intimate gig at the Brudenell Social Club in Leeds.

It was one of a series of up close and personal performances prior to his national tour which kicks off in November and left a few hundred of his devoted fans bouncing off the walls as the prodigal son returned to doing what he does best.

Carrying just a can of Stella and his guitar, Treays made his entrance before delivering a spell-binding set of hits from his new album and some old mosh-pit favourites including Sticks ‘N’ Stones and Zombie.

Jamie T is still unafraid to shout about the meanderings of his mind and his latest offering reminds us that as unpretentious as he is, he’s still an incredible writer and at the absolute core of it, a storyteller of the highest order.

Treays has been bunkered up in his London flat for the past five years where he wrote 180 songs in his quest to deliver this latest masterpiece. He eventually drilled that down to 13 vital, pin-sharp, melody-rich, spikily provocative, visually vivid and narratively expansive tunes that make up The Theory of Whatever.

Perhaps it’s his refusal to play the game or his “don’t give a f**k” attitude that endears him to a generation of old and new fans alike but whatever it is, he’s back and better than ever.