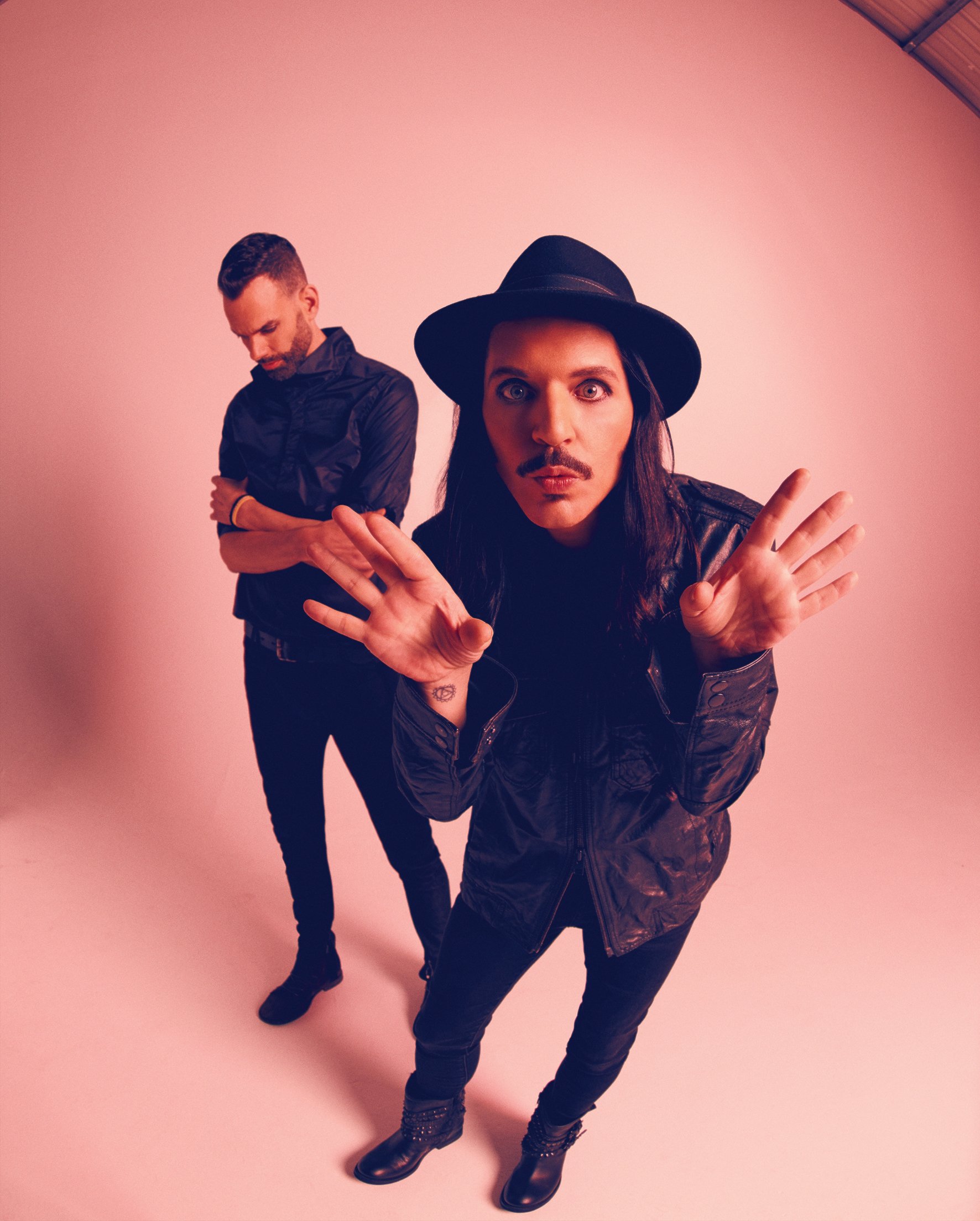 By Mark BownessNovember 11, 2022No Comments

After nearly a decade since they last released an album, Placebo returned in April with the acclaimed Never Let Me Go, their eighth studio album and first as a duo after the departure of drummer Steve Forrest in 2015. We caught up with the band ahead of their winter sell-out UK tour.

When Placebo broke through into a mid-90s music scene dominated by lad culture and class wars, they immediately offered an alternative that didn’t shy away from topics such as sexuality, gender and mental health.

The band – Brian Molko and Stefan Olsdal- stood out a mile and served up a refreshing mix of glam rock that broke the mould and pushed the boundaries.

After releasing seven albums and collaborating with heroes like David Bowie and Michael Stipe, Placebo became more of a live act, still keeping busy with both regular tours but leaving their fans waiting for a new album much longer than anyone had anticipated.

But the wait proved worth it and this year Never Let Me Go became their highest charting album debuting at No.3 in the UK and No.1 across multiple countries worldwide. For frontman Brian, it was a relief to finally get it out there and he now can’t wait to hit the road again.

He said: “The record’s out and it’s time to go again, you know, so I’m starting to get excited.

“Coming out of this whole strange period we’ve been living in was a bit of a shock to the system, but now it feels like we have some beautiful songs that we can take on the road. That’s what I’m starting to feel now and I’m in a good place.”

Anyone who has listened to the album and its lyrics would agree the timing of its release perfectly sums up what the world has been through in the last couple of years, but Brian insists the bulk of it was written before everything really went south.

He said: “How does this record kind of reflect what’s happening in the world today? Well, I think the insecurity, the paranoia, all kinds of the tragedy, the inequality, you know, that we started to see everywhere. All that pain and desperation kind of influenced the record in terms of atmosphere but I’d say that about 85% of the lyrics were written before Covid hit.

“Lyrically, it was important for me not to make a record about the pandemic and I think it would have just dated everything phenomenally. Sometimes it’s just about making records, so don’t try and be fashionable, because by the time you’ve finished your record, fashion will have changed, and you’ll be unfashionable.

“You’ll have a longer career if you just stick to what you do and accept the fact that you’re going to be unfashionable for most of it.” With the album now out and lockdown a distant memory, the band also have the chance to finally get back on the road and perform live across the UK.

He said: “I desperately want to go out and do what I’m best at, but because we’ve had such a break, I’m nervous about it. We had this pause and we lost momentum and so it becomes less automatic. I didn’t think about shows before. Now I think about every aspect of them.

“I’m incredibly excited, but I think it’s going to be a major culture shock even though we’ve got 25 years of playing live behind us. It’s like slipping into an old pair of shoes that doesn’t feel the same but you know you’ll get used to it again.”

He added: “I think that we’re extremely fortunate because after nearly 30 years, we still have fans and we still have an audience and for me, that was one of the things that I got so insecure about during lockdown – the fear of never performing live again in front of an audience and whether or not we even had a future.

“But look, we’re still around and so many bands that started at the same time as us, aren’t anymore and so we’re in a very privileged position. But I’m not about to pretend that just because we’ve achieved some kind of longevity, that we are superior artistically. I just know we are lucky to be still here and we can’t wait to perform live again.” Placebo play O2 Academy Leeds on November 30th.