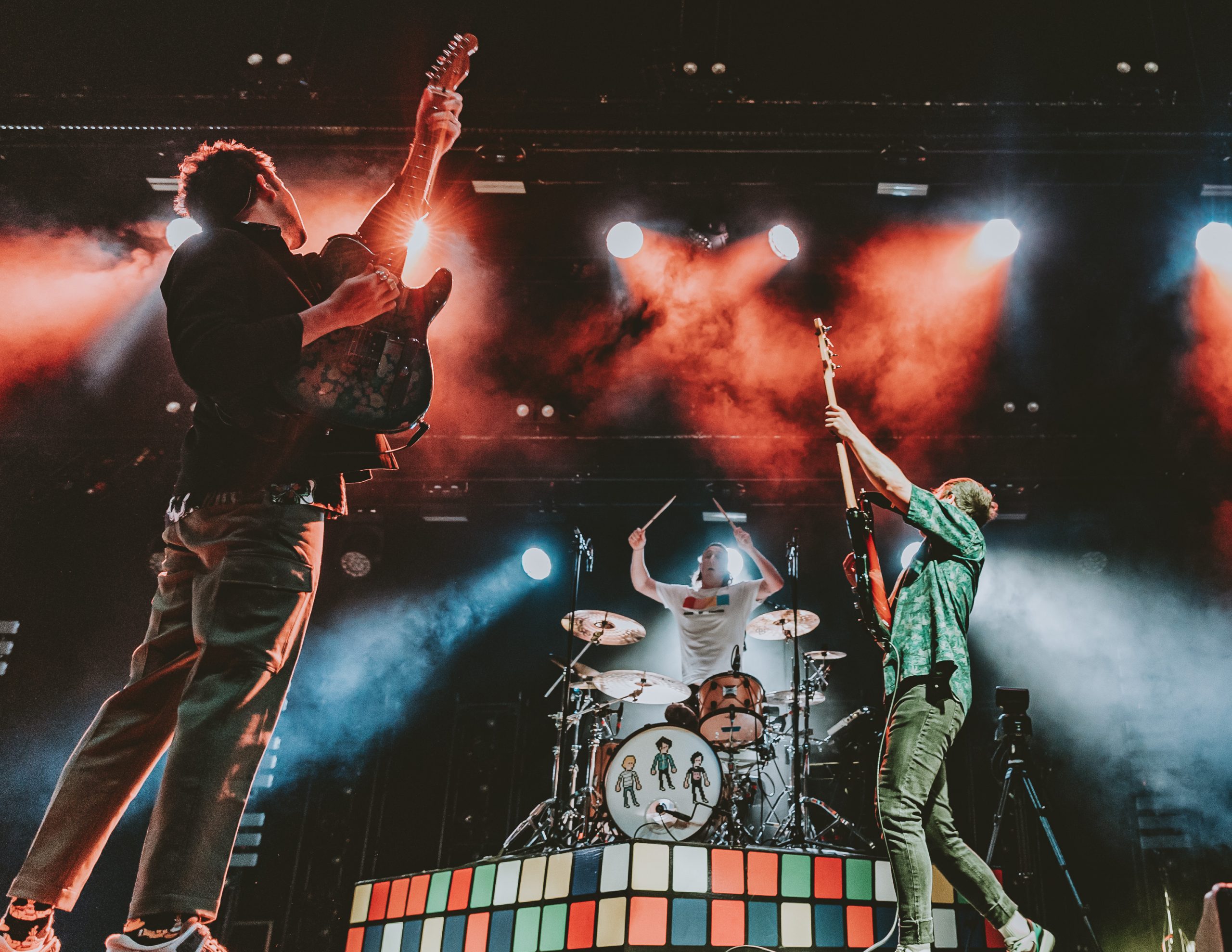 By Mark BownessApril 25, 2022No Comments

If we ever needed proof of the positive impact that the live music scene has upon our youth of today then the opening night of the The Wombats 2022 tour at the First Direct Arena in Leeds provided strong evidence.

he three–piece English indie rock band formed in Liverpool in 2003 have now sold over 1 million albums worldwide and continue to go from strength to strength, pulling in bigger crowds than ever before as reflected in the choice of venue.

Support came from London’s up and coming six-piece Sports Team who raced through a 45-minute set which included tracks from July’s incoming record ‘Gulp!’ and raucous versions of hits like ‘Here’s The Thing’ & ‘Fishing’ delivered with an unhinged sense of fun and energy.

Enter The Wombats to spark an intense cardio workout for a moshpit largely made up of people in their teens or early 20’s. From the frantic opener ‘Flip Me Upside Down’ to ‘Turn’, which brought the encore to a confetti ridden close, there was very little let up in a night of fun, melodies and epic choruses.

The band performed seven songs from their latest offering ‘Fix Yourself, Not The World’ and all sounded instantly familiar. Stand out tracks included ‘This Car Drives All ByItself’ and ‘Ready For The High’ which saw wombat mascots take to the stage to mime the track’s horns.

The rest of the show regularly saw front man Matthew “Murph” Murphy step back to allow the crowd of thousands to take up the singing to festival favourites such as ‘Moving to New York’ and ‘Let’s Dance to Joy Division’, the latter fittingly echoing the words ‘so happy, yeah we’re so happy’.

The world is a better place for The Wombats and after the tough times the younger generation has had to endure over the past two year’s they offer the ideal therapy.