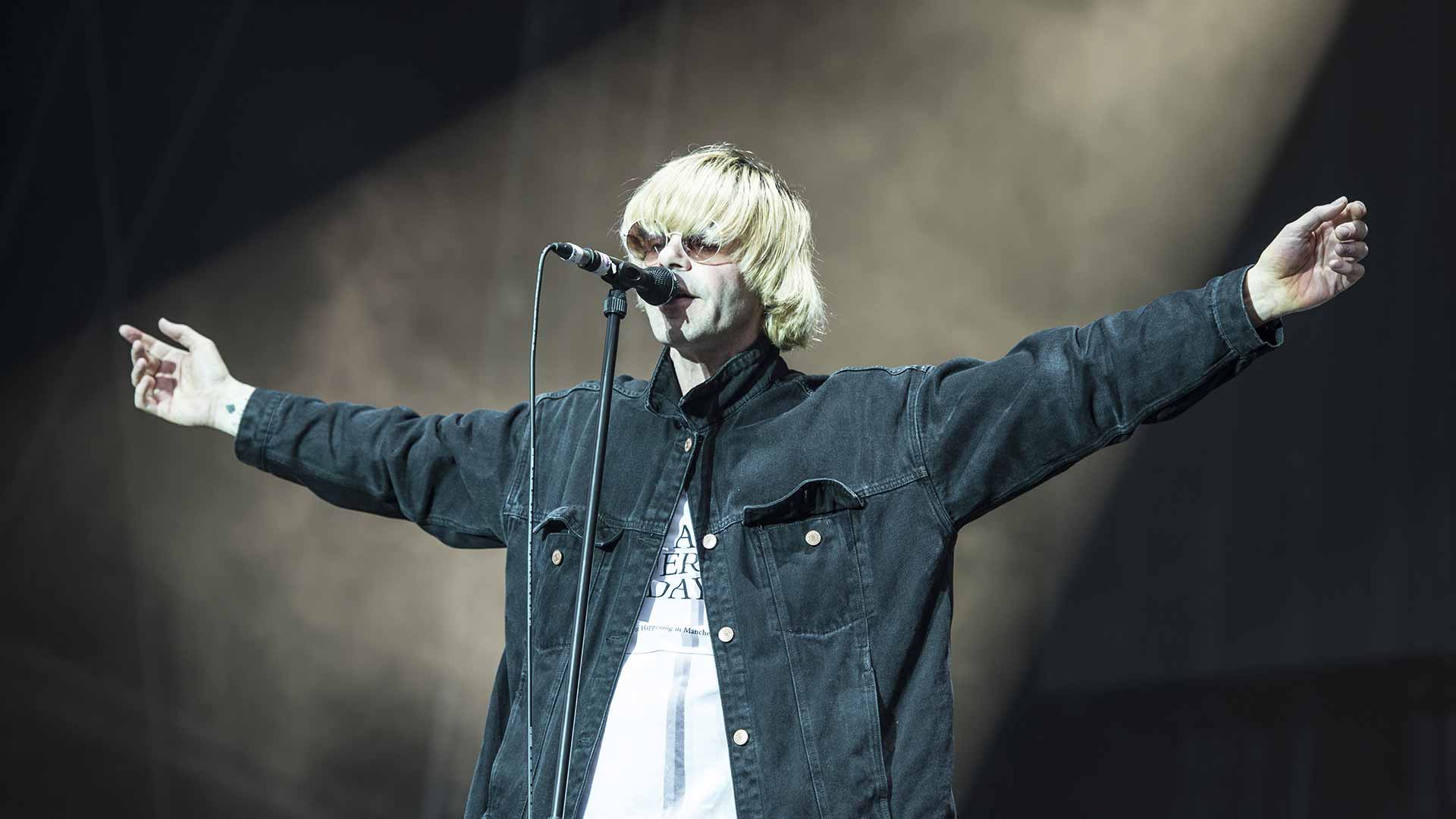 By Mark BownessNovember 10, 2021No Comments

The one and only

After over 30 years at the top, there is not much Tim Burgess hasn’t seen, done or taken, but when you’re the frontman of The Charlatans we wouldn’t expect anything less. Here he talks about his lowdown Twitter Listening Parties and how he managed to get off the rock’n’roller-coaster before it was too late.

It was 1989 when The Charlatans recorded their first demo and cemented their place on the Madchester party scene that was already in full flow.

By then The Stone Roses had just conquered the high ground with their sun-kissed debut album; Happy Mondays were tripping on a euphoric wave; The Farm were riding their Groovy Train; James were inviting everyone to Come Home and Sit Down and Inspiral Carpets’ Cool As F**k T-shirts were everywhere.

Burgess and his band fitted in effortlessly and their talent was instantly obvious to a fan base who couldn’t get enough of the charismatic mop-haired singer with his string of refreshingly modern songs all bedded in by the Hammond organ.

Recalling that time Burgess said: “I just wanted to be involved straight away. And, you know, within six months we were playing our first shows. The music scene in the UK at that time was just amazing and probably the best it’s ever been.”

Over the years, the band notched up 13 Top 40 studio albums – three of them number ones – alongside 22 hit singles, four of which reached the top 10.

But the rollercoaster highs have been accompanied by some shattering lows, from nervous breakdowns to near bankruptcy and the deaths of two founder members, it has been a story of excess and tragedy.

Even today Burgess admits people still express surprise and joy that he is still alive and after a 12 year drug-fuelled stint in LA, he can understand why.

Looking back he said: “I lived the debauched rock’n’roll party lifestyle to the full for about seven years, only coming out at night, like a vampire and it’s incredible I survived it.”

Survive it he did though and after quitting the States having fallen into a spiral of cocaine abuse, Burgess returned to the UK and got himself clean, eventually swapping the excesses of Hollywood for the tranquillity of his home near the beach in Norfolk.

During last year’s lockdown those debauched days must have seemed a world away from being trapped inside, unable to travel, tour, perform or go to gigs but for Burgess it was the opportunity to invent a way to bring people together at a time when they couldn’t meet in person.

Burgess’ Twitter Listening Parties were something he’d launched with The Charlatans’ own music when he only had 6,000 Twitter followers. Now, with 130,000 followers and everyone under lockdown, he decided to revisit them.

Musicians and fans would start listening to a classic album at the same time and the artist would offer retrospective insights on Twitter.

Starting with the first Charlatans album, Some Friendly, the lockdown response was so positive and appreciative he immediately lined up Blur, Oasis, Franz Ferdinand, New Order and Prefab Sprout, before progressing a year later to megastars such as Iron Maiden, Paul McCartney and the last living Bee Gee.

And at a time when there was so much wrong with the world, here was something that was undeniably good and which united so many people.

He said: “I really enjoyed doing them. They reminded me of how, in the good old days, I would sit in my bedroom and just listen to an album from start to finish. It was oddly exciting listening to something at the same time as loads of other people.

“The listeners’ questions were brilliant and helped me remember a lot of things I would have otherwise forgotten. It was much more chaotic than I expected, but in a very exciting way.

“It was also good to be reminded of how much fun we had when we were making the records and writing the songs. It made me appreciate the fact music has a great way of bringing people together, especially at a time when we were all being kept apart.”

Now able to get back on the road, The Charlatans are gearing up for the delayed release of their 30th anniversary tour and a career spanning best-of album entitled: A Head Full of Ideas.

He added: “It’s very Charlatans to do something a little bit odd, you know. The 31st kind of has a better ring to it than 30th with our band.”

Better late than never though, and it will be the chance for fans to finally see one of the UK’s most enduring and best-loved bands play again.

Burgess added: “After so long not performing, we can’t wait to hit the road and see our fans. It’s been a tough year for so many people and while the Listening Parties have been a great success, we’re super excited to get out there live again.”