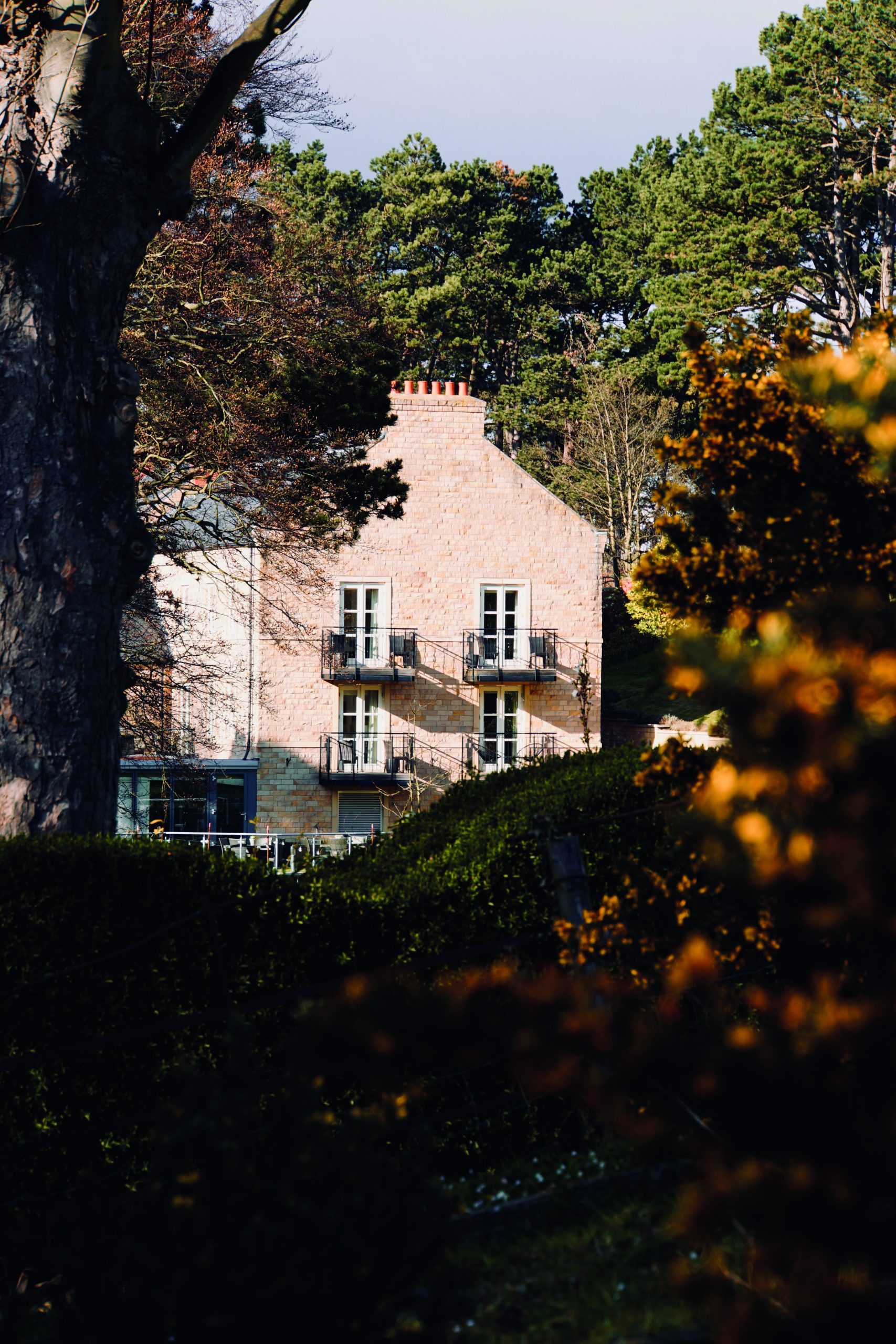 Mark Bowness checks into the award-winning Raithwaite Sandsend and discovers a hotel that has more to offer than just a stunning location.

There are two things my dog Cooper likes doing more than anything else in the world: running wild on the moors and dancing like a dafty on a beach.

As life choices go, I can’t really argue with either of them and so you can imagine his sheer delight when I recently sat him down and told him we were escaping for a mid-week break to a unique retreat set on the edge of the North York moors and just a short stroll to the sea.

Ecstatic doesn’t come close to describing his mood and two days later, as we pulled up the sweeping drive at Raithwaite Sandsend, the view of the sea and the smell of the moors was enough to send us both into a tailspin.

Just as it says on the tin, Raithwaite lies directly between the beautiful beach at Sandsend and the rolling moors behind it, but this is a place that has more than just location on its side and was recently named the UK’s most Sustainable Hotel.

Blending the best of coast and country, the hotel is set within a beautiful 100-acre estate of heritage grounds, is home to the UK’s very first hotel Forest Garden and has big ambitions to become totally self-sufficient by 2023.

For the past few years, this hidden gem of a hotel has been quietly undergoing an extensive renovation to totally transform the guest experience – reimagining everything from new bedroom interiors to new menus highlighting the very best local, seasonal produce.

Our split-level room was modern and spacious and to the delight of Cooper, very dog-friendly with his own bed already made up on our arrival.

Equipped with a spa, pool and treatment rooms, Raithwaite is rapidly becoming a destination for those looking for some relaxation and the stunning gardens and lakeside walk that surround the main hotel are the perfect place to do just that.

But the pull of the beach was too great for both of us and after a few hours happily chasing the crashing waves under a setting sun we were ready to eat.

Under the reins of MasterChef semi-finalist Ollie Hunter and Head Chef Ryan Osborne, I’d heard good things about the food at Raithwaite and so was eager to sample their culinary creations.

Alongside the Forest Garden, their aim is to create a fully edible landscape of fresh, organic fruit and vegetables such as Jerusalem artichokes, broad beans, wild herb and Asian salads, and their passion for flavours soon became apparent.

With a menu that is packed with locally sourced products and ingredients, there is no doubting how much attention goes into each dish.

The pan-seared scallops for starters followed by the loin of lamb with a broccoli, almond and garlic puree were both cooked to perfection and made way for the sublime lemon tart and seasonal fruit.

If food is the way to a guest’s heart, then the team at Raithwaite have clearly listened to the brief and based on this offering they will be making big waves over the coming years.

While parts of the main hotel and restaurant are still in need of some TLC to bring it up to the standard of the food and the beautiful grounds that surround it, Rome certainly wasn’t built in a day and you sense under such careful and conscientious management this is one hotel that is most certainly heading in the right direction on all fronts.

In terms of a perfect escape you’ll be hard pressed to find somewhere as idyllic as this and if you don’t believe me, just ask Cooper who’s still dancing like a dafty at the thought of our return.

Double rooms, including breakfast, available from £170

JEWEL IN THE CROWN