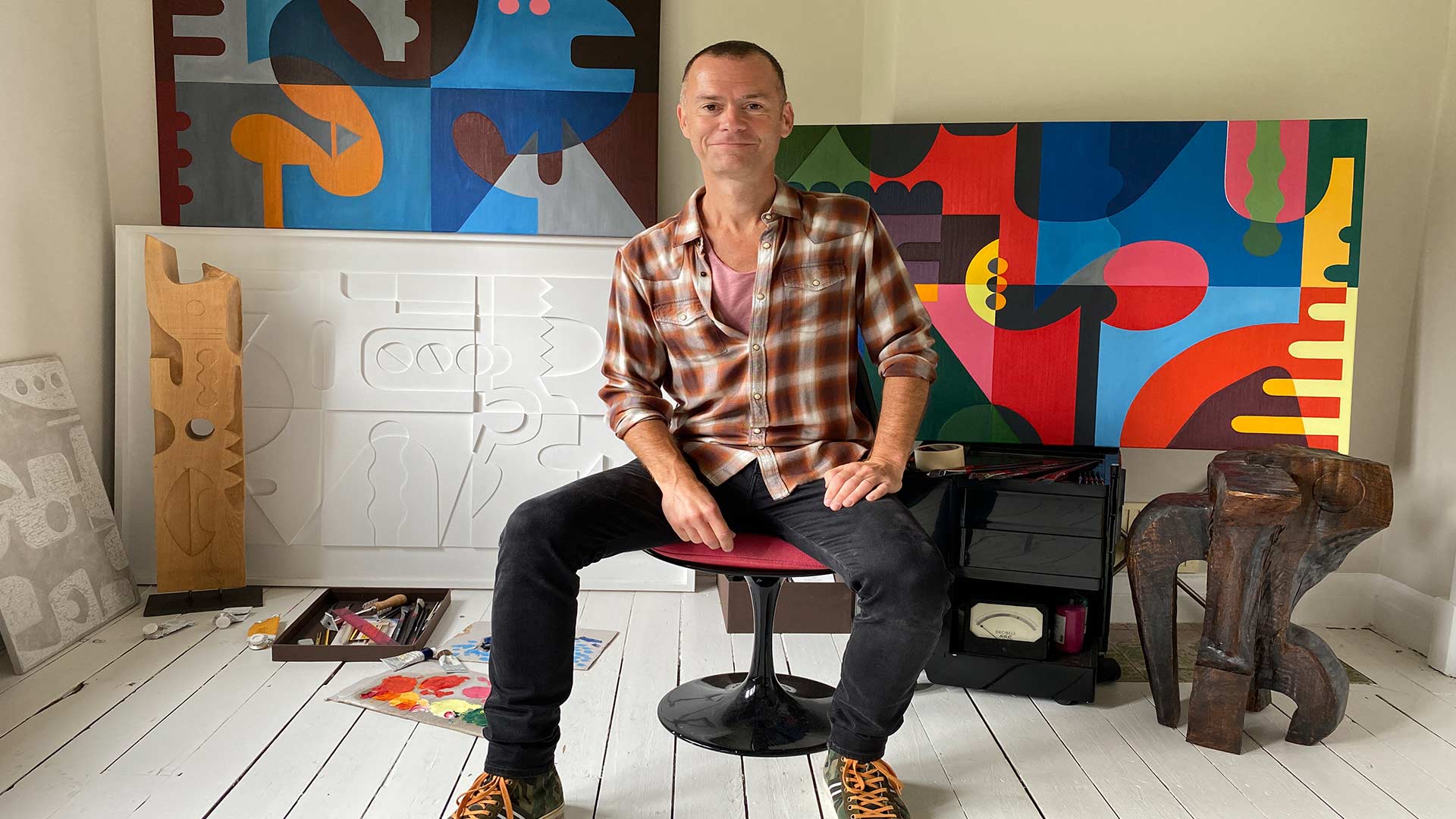 beyond catches up with Yorkshire artist and musician Tim Locker and discovers how he is making an art-form out of the sound of space with incredible results.

S tepping into the recording studio of Tim Locker is a little like entering the flight deck of the Starship Enterprise.

A bank of controls, buttons and flashing lights burst into life as Tim sits before them and effortlessly demonstrates what each one does.

With a background in electronic music and having built most of the studio and its contents himself, he is well versed in the complexities of sampling and mixing different sounds.

But now, he has gone one step further and by combining his passion for music with his love for art, he has created a stunning series of paintings and reliefs that are inspired by the acoustics of different locations.

By sampling the sound of a space and then taking that digital wave form, Tim is able to painstakingly build up an image which reflects that environment and puts his artwork on a different wavelength to others.

Tim, who lives in Ilkley, said: “For years now, wherever I travel, I record ambient spaces into my phone. These range from 12th century cathedrals to much smaller locations such as an antique brick kiln in Porto or a WWII gun emplacement in northern France.” – any environment which influences our ability to understand a particular space.”

“Many of these spaces are hundreds or even thousands of years old but the auditory character will have changed very little so there’s a sense of capturing time with a recording.”

Back in the studio Tim analyses those recordings in minute detail, magnifying their unique waveforms further and further until they become nothing more than a single undulating line: but always with a character specific to that environment and those materials.

Tim said: “The process is the same whether I’m painting, producing reliefs or carving stone or wood and involves building up the personality of a specific environment over time via the waveforms it creates.

“For a single composition, I’ll often create a painting in oils and by contrast, a line for line equivalent in white relief. The saturated colours of the oils create a certain emotional response and lock the forms of the composition down permanently.

“Reduced to pure white, the relief relies entirely on the interplay of differing levels and the shadows they create. These shift and morph dramatically as the light changes and moves throughout the day and so the piece constantly evolves, in much the same way as the original auditory space it represents evolves, as layers of sound build one upon another.”

As well as the painted reliefs Tim also hand carves other materials and explains: “Different mediums present unique challenges and that keeps things interesting. With stone, I have to be mindful of the finished weight of the piece so I limit myself to mostly limestone, perhaps 10 to 15mm thick.

“Carving shallow stone doesn’t allow the depth I’m able to build up in timber and is a reductive rather than constructive process but there’s a purity about stone that I never tire of.”

The past year has certainly impacted on everybody’s travels and unable to explore different countries to inspire his work, Tim says lockdown has helped him to further appreciate what he has on his own doorstep.

“I think that’s one of the few benefits of the last year – with no planes overhead and far less traffic we’ve all been able to really hear the detail. From a personal perspective, with no foreign travel allowed, I turned my attention to the surroundings closer to home and that’s been a constraint I’ve enjoyed.

“I’ve always mountain biked in Wharfedale, Wensleydale and Littondale so it was a natural response to the restrictions to focus my inspiration there and the work I’m producing now is as likely to be inspired by a derelict shippen on the moors above Kilnsey as a pre-covid recording of a 2000-year-old grain store outside Rome.”

For Tim, a sound art beat is all that matters, and his incredible work is testament to that.

Tim’s work can be viewed by arrangement with him or at eastwoodfineart.com