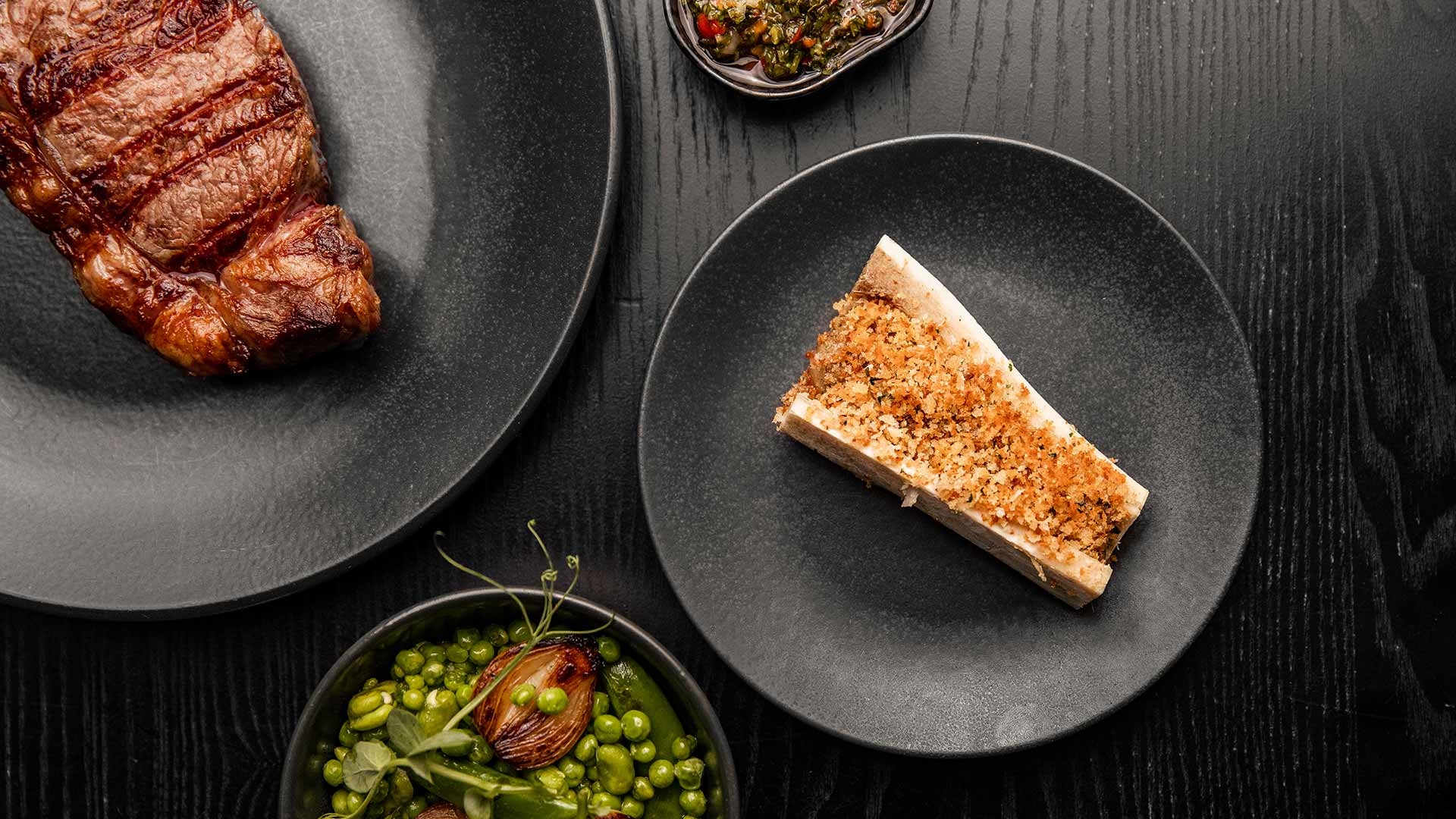 By Mark BownessNovember 9, 2021No Comments

Located in the iconic underground building on Park Row,Gaucho in Leeds has just undergone a stylish refurbishment which along with a new menu, doesn’t disappoint.

It’s nearly 40 years since Gaucho first opened in Leeds but despite the comings and goings of so many big named restaurants in the city, this is a place that is still cutting it.

The cowhide and dark colours may have been replaced with warming tones, textured tiles and brass detailing following the recent refurb, but the essence of Gaucho – fine steak cuts is still very much at the heart of this meat-lovers paradise.

Inspired by the real gauchos of Argentina and the land they inhabit, this new look which brings the outside in, creates an elegant atmosphere which exudes effortless glamour.

Alongside their refreshed look comes a new menu developed by Mike Reid, whose career has included Le Gavroche and Restaurant Gordon Ramsay in London.

A standout dish was the Shrimp Ceviche with mojo rojo, avocado and arepa bread. The citrus tang of the prawns paired perfectly with creamy avocado was the ideal start to a delicious evening.

But it was the main event of the evening, the Argentinian ribeye that stole the show and was utter perfection. Succulently marbled and cooked flawlessly, it was served alongside a wickedly indulgent truffle mac & cheese which was washed down with a bottle of Vina Patricia; a delicious Malbec from Gaucho’s very own vineyard in Lunlunta, Mendoza.

For dessert, we couldn’t resist ordering the sticky toffee pudding which was well balanced due to the sweet sponge being drenched in a salted dulce de leche sauce and honeycomb crumbles adding a delightful chew.

After so many years, it’s good to know that Gaucho is still doing what it has always done so well: serving fantastic steaks with delicious Argentinian wine and all accompanied with impeccable service.