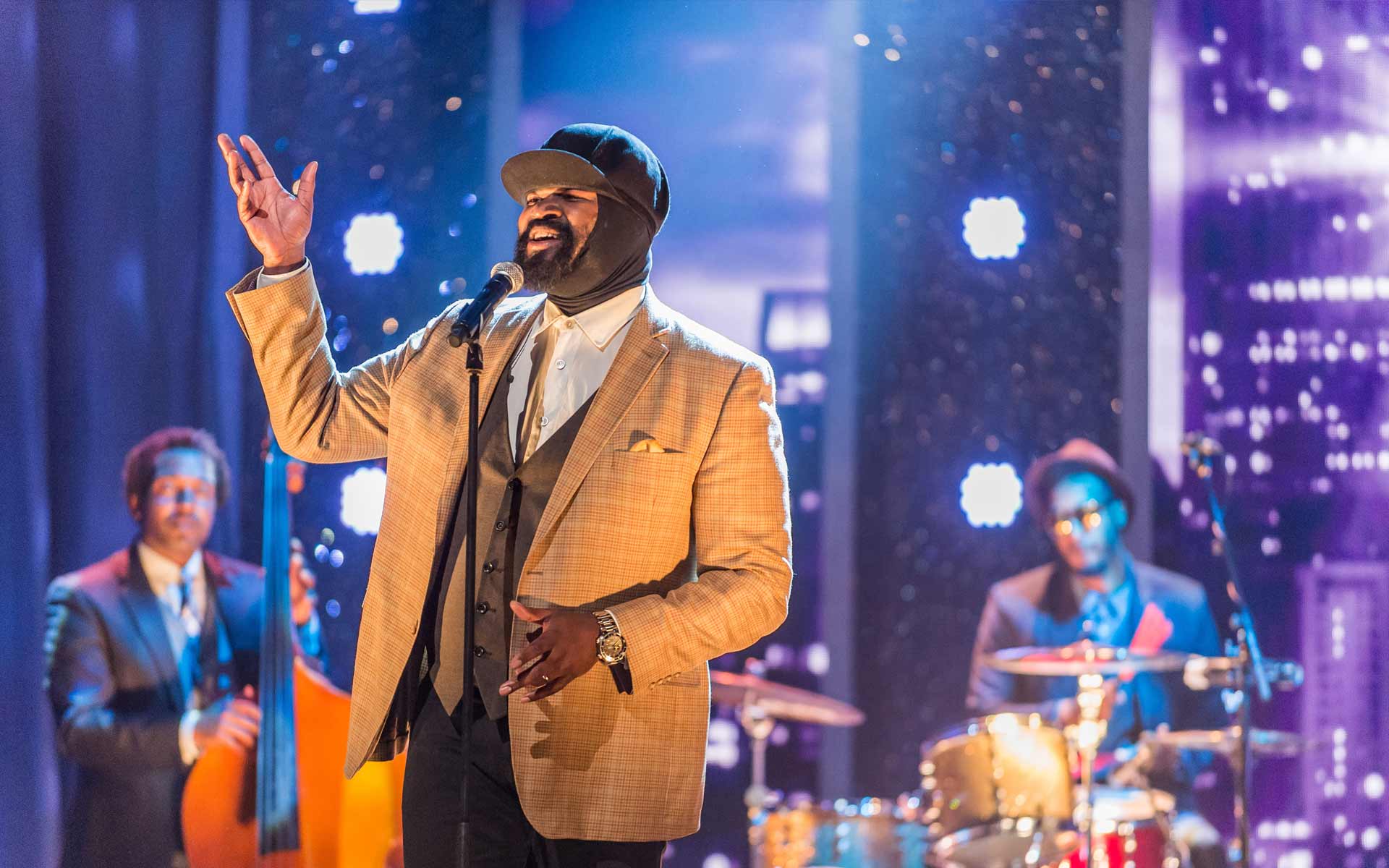 By Mark BownessFebruary 24, 2020No Comments

Beyond catches up with Gregory Porter ahead of his UK tour and discovers a man with a heart of gold.

T here’s something effortlessly cool and engaging about the man-mountain sat before me and before he even speaks, I know I’m in the presence of somebody special.

That man is Gregory Porter, the man with the best voice in modern jazz, and a man who since bursting onto the scene 10 years ago, has taken the industry by storm.

Along the way he’s picked up two Grammy Awards and attracted a global fan base who can’t get enough of the smooth operator and his laid-back jazz tones.

Now ahead of the release of his seventh album and his upcoming tour, Gregory talks to beyond about why he can’t wait to get back in front of his UK fans; his fears for the young music stars of tomorrow and why the industry should be doing more to protect them.

Since the release of his Grammy nominated debut album ‘Water’ in 2010, Gregory has become internationally recognised for his warm, distinctive baritone voice and music which fuses elements of jazz, gospel, swing and soul.

It was a musical journey which began in Bakersfield California and one that was influenced greatly by his late mother.

From a young age, Gregory was exposed to the greats; Nat King Cole, Sarah Vaughan and Ella Fitzgerald were firm fixtures on his mother’s record player and Gregory says it was his upbringing in the tough neighbourhood of Bakersfield that helped shape him not only as an artist but as a person.

He said: “I think you can only truly see the light when you’ve experienced the darkness and growing up was a tough experience, especially for my mother who brought eight of us up alone.

“She was my biggest inspiration, the woman who nurtured me, who introduced me to music and who even on her death bed encouraged me and reminded me to not forget about the music.

“it is through those tough life experiences that I am able to draw on inspiration for my writing and I believe you need to have endured those lows before you can enjoy the highs.”

Love, tolerance and acceptance clearly feature heavily in his writing and Gregory believes some more empathy from a notoriously cut-throat industry is needed to ensure the promising stars of tomorrow are not ruthlessly discarded before they’ve even started.

He said: “While I can see the merits of giving youngsters a platform to show their voice, I am not a fan of the way these talent shows treat kids purely for the sake of ratings.

“We should be doing more to nurture this talent not cause heartbreak for so many who feel they’re instantly worthless after failing to win a TV competition.”

Despite having been brought up surrounded by music, as a young man Porter looked more destined to follow a career in American football, but injury scuppered his chances, and driven down the musical path by his mother on her death bed was the catalyst that ensured football’s loss was music’s gain.

Recalling that moment he says: “I remember on her death bed I wanted to assure her I would be OK and I would work for the city and have a good steady job with insurance and my teeth would be fine and everything. I just wanted to make her feel good before she closed her eyes and left this earth. But she surprised me by saying ‘don’t forget about music’ and that I shouldn’t be afraid of the risky route.”

Thankfully he listened and that risky route paid off.

The music of Gregory Porter oozes ‘understanding’, which is why he is touching the souls of an increasing audience.

Anyone who’s heard the incredible singer in concert knows that he puts on an unforgettable show and fans can look forward to his arrival in the UK in May on the back of his sixth studio album All Rise.

Featuring a 10-member choir and the London Symphony Orchestra Strings – Porter has released a powerful lead single entitled Revival, along with incisive visuals.

Discussing the song, he said; “For me, it’s the message of walking into this life and having some fear and some self-doubt, and at the point that you grab onto something that you know is real, the truth. Once you can grab onto the truth then this fearlessness comes.

“There are so many things in life that can get you down and make you feel small, whether it be racism, self-doubt, insecurity or financial situations. It’s about finding your source of strength to bring you back to seeing who you truly are so that you can be restored to the giant that you are.”

As for playing in England, Porter says it is one of his favourite places and with a big smile he adds: “While I don’t want to be bad-mouthing my own countrymen, there is something very special about a UK crowd. They understand the music, the lyrics and performing in front of them is always a very special experience for me.”