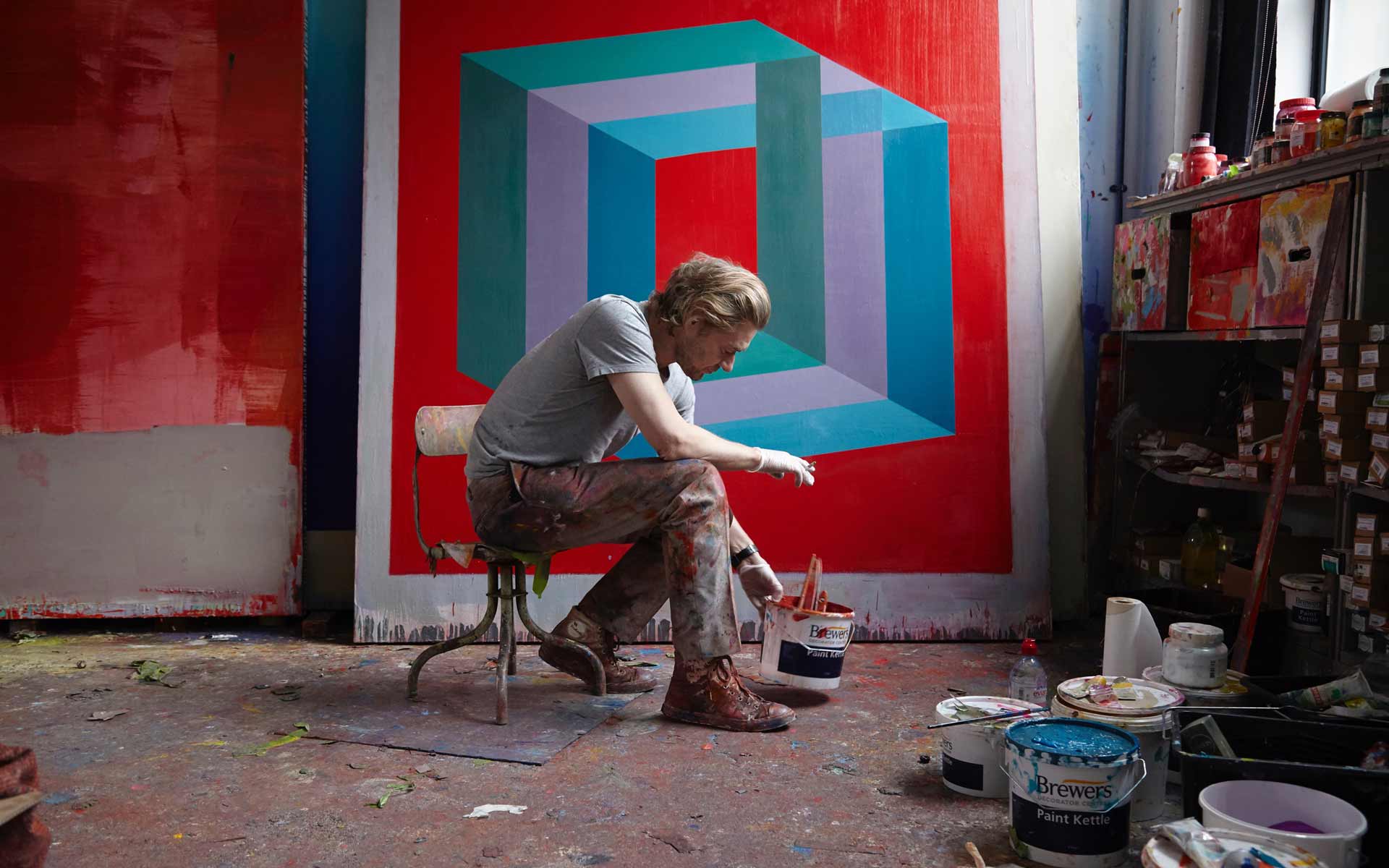 He took publishing’s most iconic cover design and turned them into works of art. We catch up with Harland Miller as his homecoming show opens in York.

F rom the vivid band of colour right down to the slightly dog eared edges they look like original Penguin book covers from the 1950s and 60s. What’s different though is the titles.

In this collection there is no Pride or Prejudice or A Room of One’s Own and the Casebook of Sherlock Holmes is conspicuous only by its absence. Instead there are books called Incurable Romantic Seeks Dirty Filthy Whore and Death What’s In It For Me. Welcome to the world of Harland Miller.

The York-born artist, whose style borrows much from Andy Warhol and the Pop Art movement, is having his first major solo exhibition in Yorkshire where he will show some of his best-known work as well as new paintings created especially for the exhibition.

Alongside the Penguin Book Cover series, Miller will bring some of his Pelican Bad Weather Paintings to York Art Gallery, which were inspired by childhood holidays to the Yorkshire coast. Anyone who ever sheltered as a child inside a windbreaker on the beach at Brid or battled horizontal rain to make it up the steps to Whitby Abbey will empathise with works like BRIDLINGTON 93,000,000 Miles From The Sun and WHITBY The Self Catering Years.

“There’s a humour and a stoicism in the North of England that you don’t get anywhere else,” says Miller. “Most of my summer holidays as a child were spent on the coast. Even though the journey there was mostly spent with my mum telling my dad to slow down in our ancient Austin Healy, I have happy memories of those times and it was probably inevitable that they filtered into my work, although the book covers are really down to my dad.

“He used to go to auction houses in Leeds and come back with big boxes of secondhand books secretly hoping that he would find a first edition buried in there. He didn’t, but he always asked me to sort them out and there was something about the Pelican covers, which even when I was young really struck me as being great design.”

A series of events will accompany the exhibition and Miller says that it feels like the right time to stage a homecoming.

“I have nothing but fondness for the place I grew up, but the Seventies were an odd time up here. The Yorkshire Ripper cast a shadow over the whole place and because of the powercuts which became just another fact of life it was a decade which was quite literally dark.

“As a kid I don’t think it ever struck me why, instead of watching telly, I was suddenly playing Monopoly by candle light with my family. You just got on with it, but now I look back those boardgames are the only thing I remember us doing together as a family.

“I’ve not lived in the place I grew up for many, many years, so it’s a real honour to return to my home city and show my work at York Art Gallery. I think it is true of most artists, that whatever success they’ve achieved in the wider world, the significance of having that recognised in their hometown or city is totally unique. There is both a historical and emotional context which simply isn’t present and cannot be manufactured for any other exhibition.”

Named after another of his paintings, YORK, So Good They Named It Once, the exhibition has just opened and will run throughout the spring.

Becky Gee, curator of fine art at York Art Gallery, said: “We are thrilled Harland has chosen to host such a personal mid-career retrospective here with us in his home city. Harland states that his Yorkshire roots continue to exert a strong influence on his work, and a tragicomic connection to place can be seen through this brilliant collection of paintings which celebrate his relationship to the city and county of his upbringing.”

YORK, So Good They Named it Once,
York Art Gallery, to May 31st. yorkartgallery.org.uk